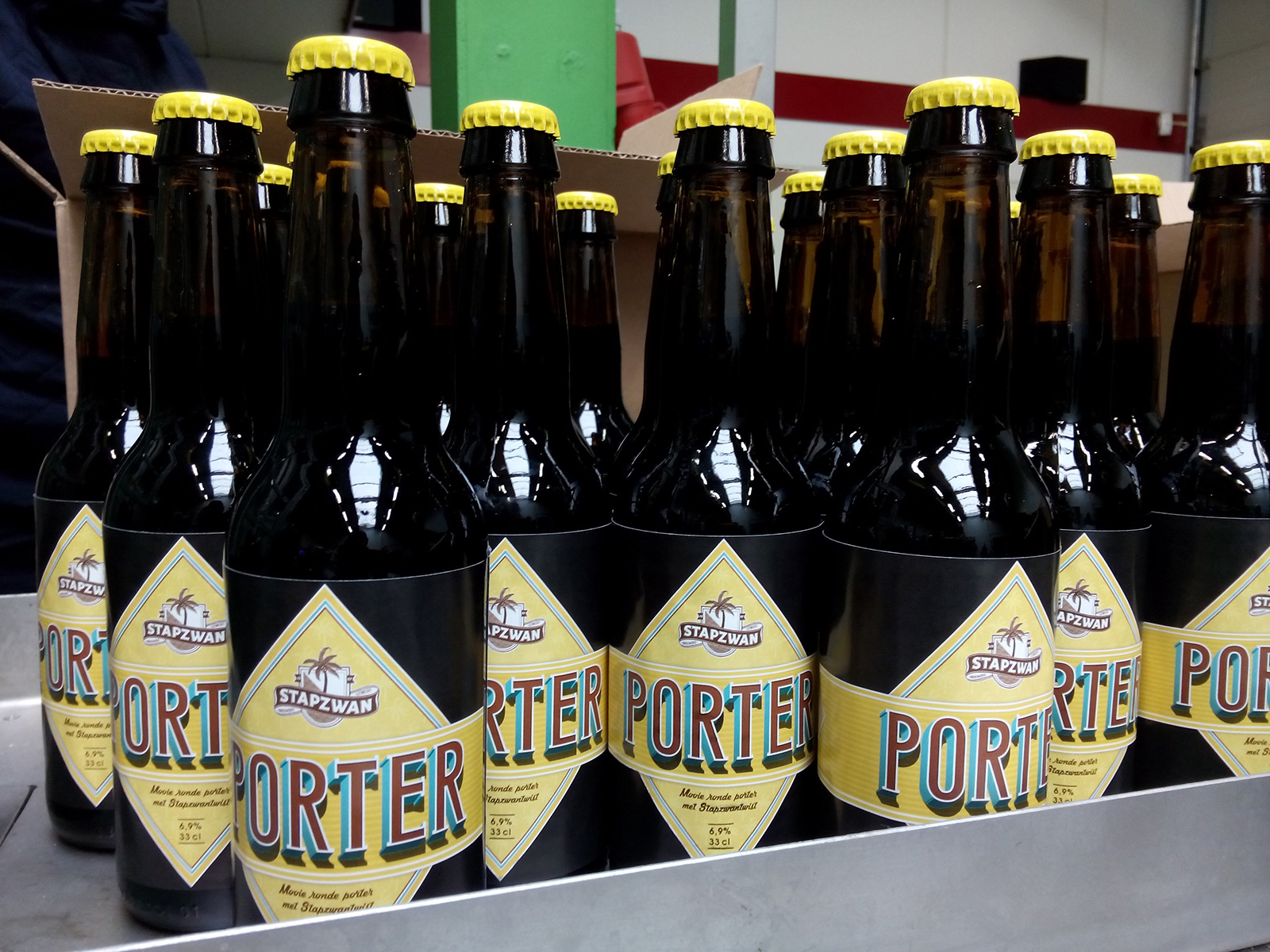 The Porter is the first proof of ability of Stapzwan Brewery. The beer had its national premiere at Café Arendsnest in Amsterdam on January 22, 2015 and its premiere in Utrecht on January 25, 2015 in Café 't Pandje on Nobelstraat in Utrecht.

The foundation was laid by the request of the chiptunes band Men of Mega to brew a beer for the release of their new album. After a comprehensive joint trial, it was decided that a Porter was best for this. English orange chocolate was the inspiration for brewing this beer. The beer was released in a small edition to be given as a gift when buying a new album. The responses were so great that the brewers decided to make the Porter their first commercial beer.

The taste of the Porter is characterized by a beautiful aroma of dark fruits, which blends into the taste of roasted malt, chocolate and liqourice. With an alcohol percentage of 6.9% this beer is ideal on rainy days and fortunately it often rains in the Netherlands. The Porter is award winning: it became third at the 5th Utrechtse Bierbrouwersfestival (jury prize) and the second at the Streekbier Festival of November 2016 (public prize).