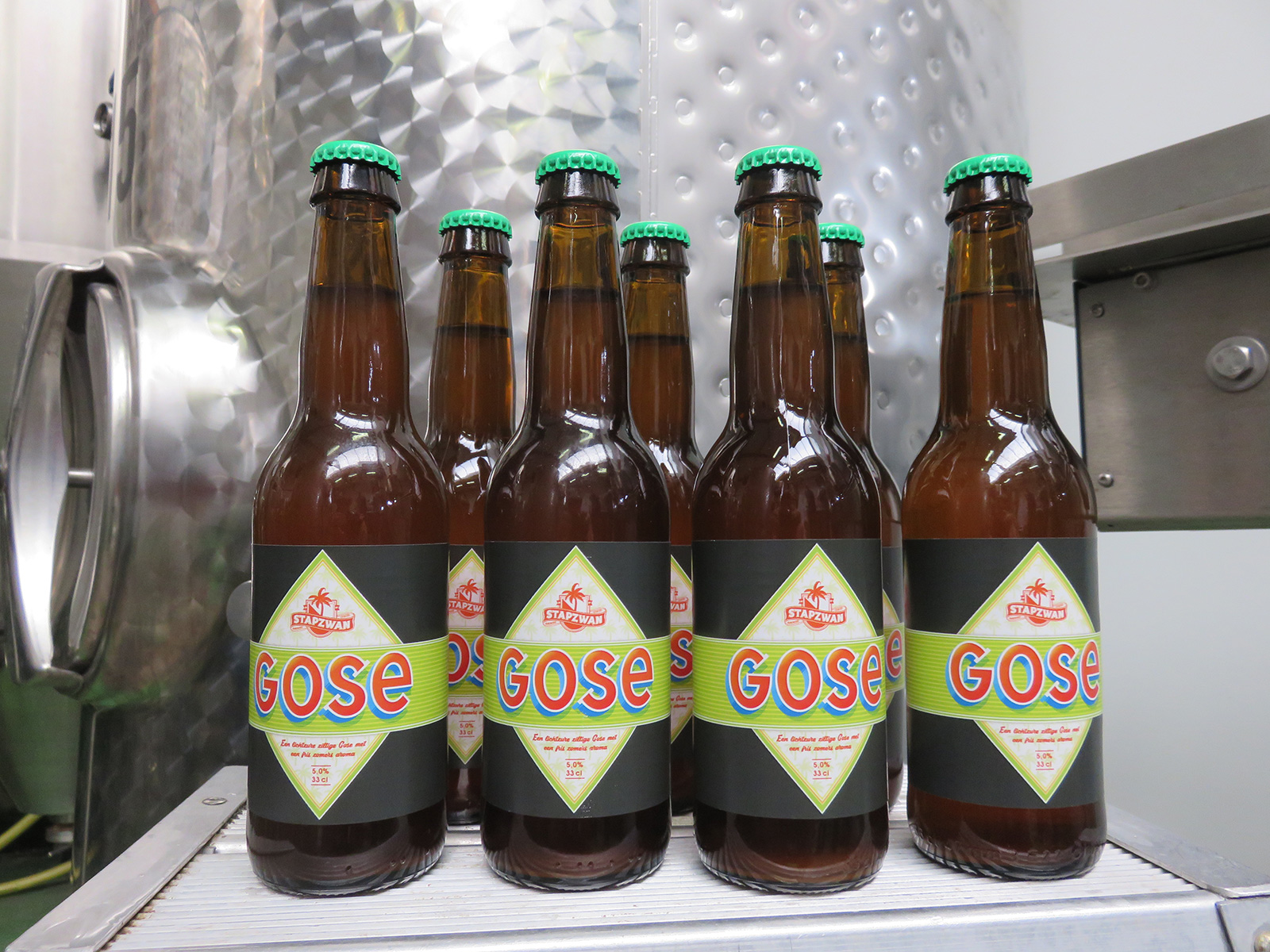 The Gose is the third beer of Stapzwan Brouwerij. It saw the light on May 13th, 2017 at the Café De Stad in Utrecht. It is a great, refreshing summer beer based on a German recipe but with a Stapzwantwist.

Gose originates from the German cities Leipzig and Goslar. The type of beer is named after the small river that flows through the centre of Goslar, the Gose. It is orginally a beer with spontaneous yeasting, brought to flavor with coriander and salt.

The Gose of Stapzwan is a real summer beer. The after taste is freshly sour and slightly salty. The coriander and lemon peels make the beer extra fruity. The beer is low on bitterness as the amount of hops used in the brewing process is very little. The color is hazy and a golden yellow. The foam is not strong, just as with other sour beers.